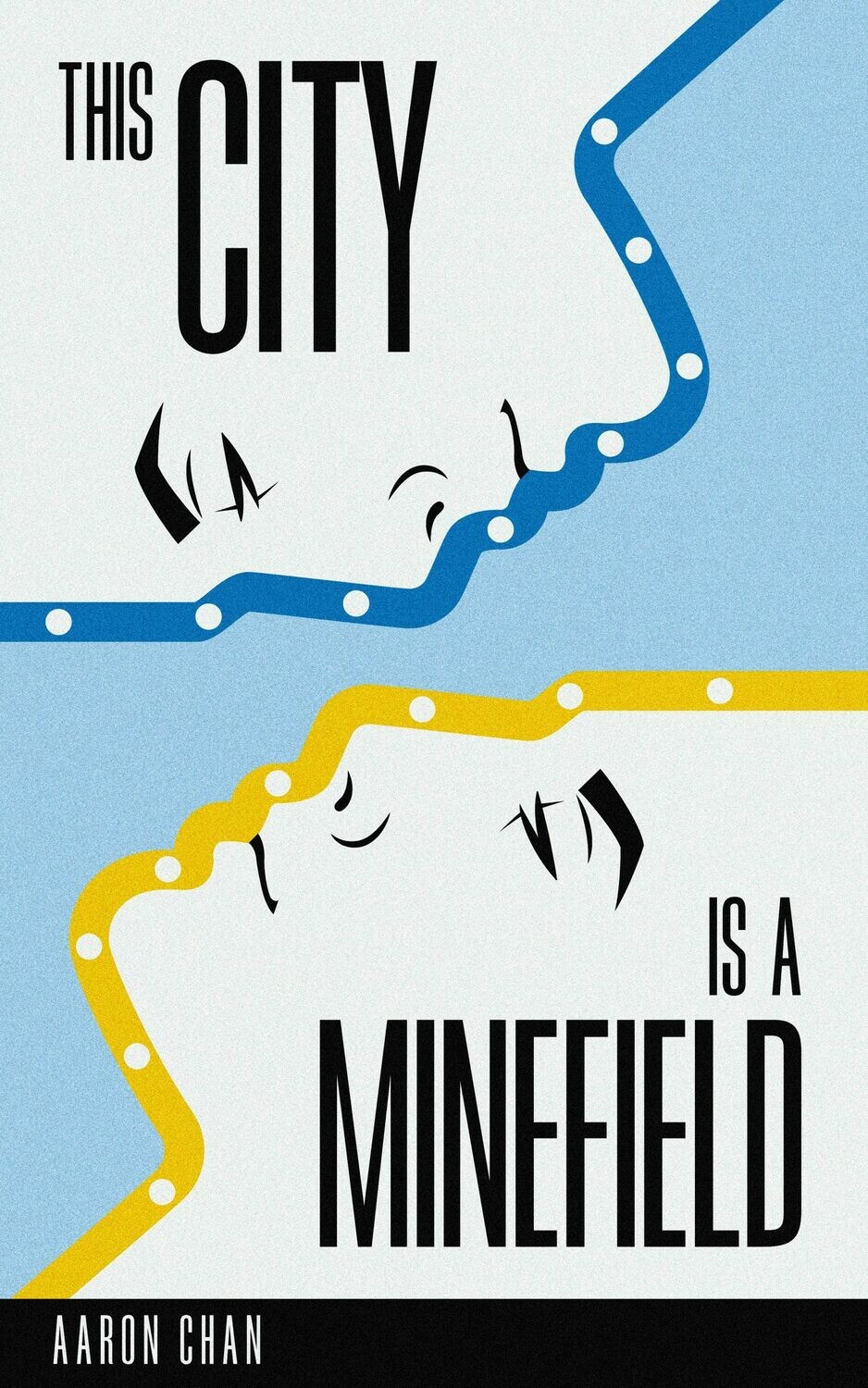 This City Is a Minefield

Buy a *signed* copy of Aaron's debut book, This City Is a Minefield!

This City Is a Minefield is a collection of reflective memoir and personal essays told from a genuine and unique voice about growing up and coming of age as a young gay Chinese man in Vancouver. Thoughtful and honest, the stories and essays recounted are unafraid of analyzing and criticizing the status quo, whether it be Chinese culture’s unfavourable view of homosexuality, or the gay community’s ill-addressed, rampant sexual racism. At the same time an intimate, tender love letter to Vancouver filled with mixed emotions – joy, nostalgia, sadness – Chan weaves together poignant, heartbreaking experiences of navigating and reconciling conflicting cultural and queer identities, complicated romantic relationships, sex and trauma, and overwhelming loneliness that coalesce to form a rounded portrait of a quiet soul on a search for love and belonging. This City Is a Minefield serves as a marker of life as a young queer person of colour in this modern age.

“Soulful and intimate, Aaron Chan’s debut slips us between lives. By turns comic and wrenching, This City Is a Minefield is the remembrance of an ongoing search; in unanticipated ways, in revelatory moments, he finds ways to both survive in, and reimagine, our world.” — Madeleine Thien, author of Do Not Say We Have Nothing; winner of the Giller Prize and the Governor General’s Award (Canada)

Save this product for later
Display prices in: CAD

There are no upcoming events.